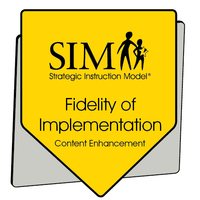 To post:
You may type in your log directly.  If you chose to submit a log in another format, Upload  using a file sharing app (such as Dropbox, Google Drive or something simpler like File Dropper)
Copy the public URL of your uploaded file to your clipboard
Paste the URL into the body of the requirements page or evidence post.  When you hit save the URL will automatically be turned into a link.
It's useful to then click on the link and make sure everything works as desired.

The UO was presented in several phases. In Launching, just the front of the UO was presented to participants. Floating occurred after the Consonant Phonemes FRAME was completed. At that point, Box 9 / Expanded Map was populated and an additional Self-Test Question was added. The Expanded Map proved to be a beneficial summary of information explored on the Consonant FRAME. During the FLOAT recording, reference was made to a second FRAME, namely the Vowel Phonemes (which was subsequently discussed / populated with participants). Based on feedback from D. Gillam, the first audio did not include a discussion of the Unit Relationships.
In a subsequent session, where the vowel phonemes were added (FLOATED) to the Expanded Map, reference was included to the Unit Relationships. Participants discussed the Unit Relationships and 'characteristics' was added as an additional Relationship.
Post the 'second' FLOAT, a session for Tying Up the UO was conducted. The audio for Tying Up is included in Badge List and is labeled as such.
Launching the UO went as planned. Although the content was not familiar to participants, the front of the UO helped to organize / internalize the content. Floating the UO, as connected to a FRAME, provided an additional opportunity for participants to organize the information into manageable chunks. Tying Up proved to be a valuable review. I have a better sense of the multiple steps included in the Unit Organizer Routine. Although complex on the surface, it is clear that each step adds clarity for participants.

The Unit Organizer was the most difficult for me to wrap my head around for implementation.  Since we, as consultants, do not get extended time or multiple sessions with the same group of participants, thinking through a unit and connecting it to prior and future learning was a challenge. For my drafts, I focused on content I may teach in my university courses, however, this isn't something I would necessarily do with higher education students.  I definitely see the benefit and purpose at the secondary learning to increase student's ownership and awareness of learning.

heathers About 2 years ago

Unit Organizer - Submit a Log: Reflection on the Implementation of UO in the Co-Teaching PLC

Lauren Benfield Montgomery County Intermediate Unit Unit Organizer Submit a Log The goal of using the Unit Organizer in this professional learning community was to help my participants conceptualize the information that will be covered through the meetings. At the time this unit organizer was ...

The implementation of the Unit Organizer overall went really well.  I utilized it during a PD I was delivering for a staff of 65 special education paraprofessionals on Presuming Mathematical Competence in Problem Solving.  I followed the Cue, Do, Review while implementing this routine.  Overall the unit organizer worked very well.  It helped to create a clear visual for the teachers of the 3 areas that provide students with the ability to learn problem solving skills.  When asked if the unit organizer was helpful, the staff overall felt like it was very helpful in providing a visual of information discussed.   When I did the unit organizer routine with the staff, I provided the title and the "is about" and then we co-created the 3 bubbles of communication, accessibility and community.  We created meaning under each bubble that helped the paraprofessionals establish how each really provided students the ability to learn problem solving skills.   The next time I use the routine, I would try not providing the bubbles, but allowing the staff to come up with them on their own after providing the PD.  There wasn't any challenge I felt for this routine.  It really helped the participants lay out the big ideas in a visual way. 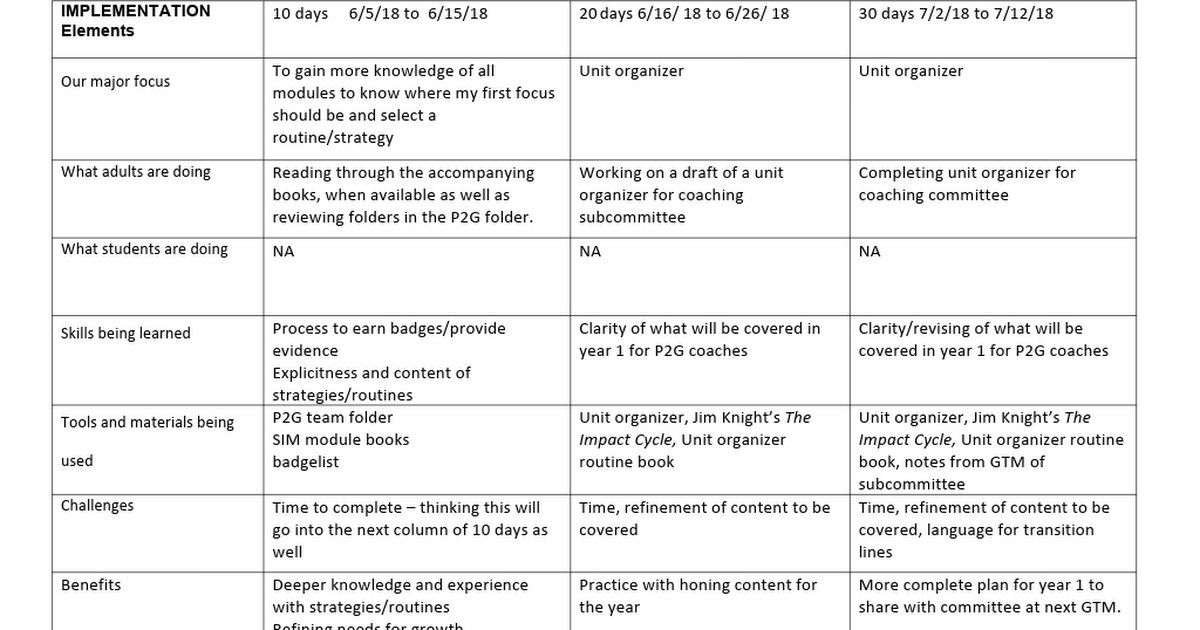 abella About 2 years ago

laurens About 2 years ago

As per my conversation with Patti on 9/21/18, this is a teacher reflection from my PD so I would know how she applied the learned skills.

I presented the UO twice.  The first time, my recording stopped in the middle of the lesson!  I of course, did not know that until I went to upload the lesson!  So, I had the opportunity to present it again.  That, in itself, was a positive. I know that, although I am certainly NOT fluent in this routine, the more you do it, the better you will be, is most likely true!  This routine is a little more challenging because the numbered boxes are not all in order.  I have to remember to go up to box #4...the Bigger Picture...to make that connection.  I feel that I made the connections and asked the participants to engage during the completion of the document. The most challenging area to me is the Unit Relationships/Self Help Questions.  It might be helpful to have a list available of the various ways to look at the Unit Relationships so that participants have some examples and something to hook it to.  I am sure, that when using this on a regular basis in a class, the students would then become familiar with the types of relationships and then be better able to generate the Unit Self-test questions  Overall, the participants in both groups like the UO and could see the benefits to this tool.